Star Trek Origins was and is a project close to my heart. Originally planned as a point & click adventure game, a novella is now being created that will benefit from the originally created graphics and assets and make the experience of the story even more intense.

The intro animation was created with the help of 3ds max, Photoshop and Hitfilm Pro. Most of the elements were created separately and then put together in compositing and provided with effects. In this way I gained maximum control over the look and feel of individual elements of the video and was able to make detailed corrections if necessary. In addition to hundreds of assets, dozens of effects were used. The biggest challenge was initially matching the 3D camera with the camera in the compositor, as there was no interface between 3ds max and Hitfilm at that time. To compensate for this, I used the camera tracker included in Hitfilm, which was very time-consuming but ultimately led to the desired result. 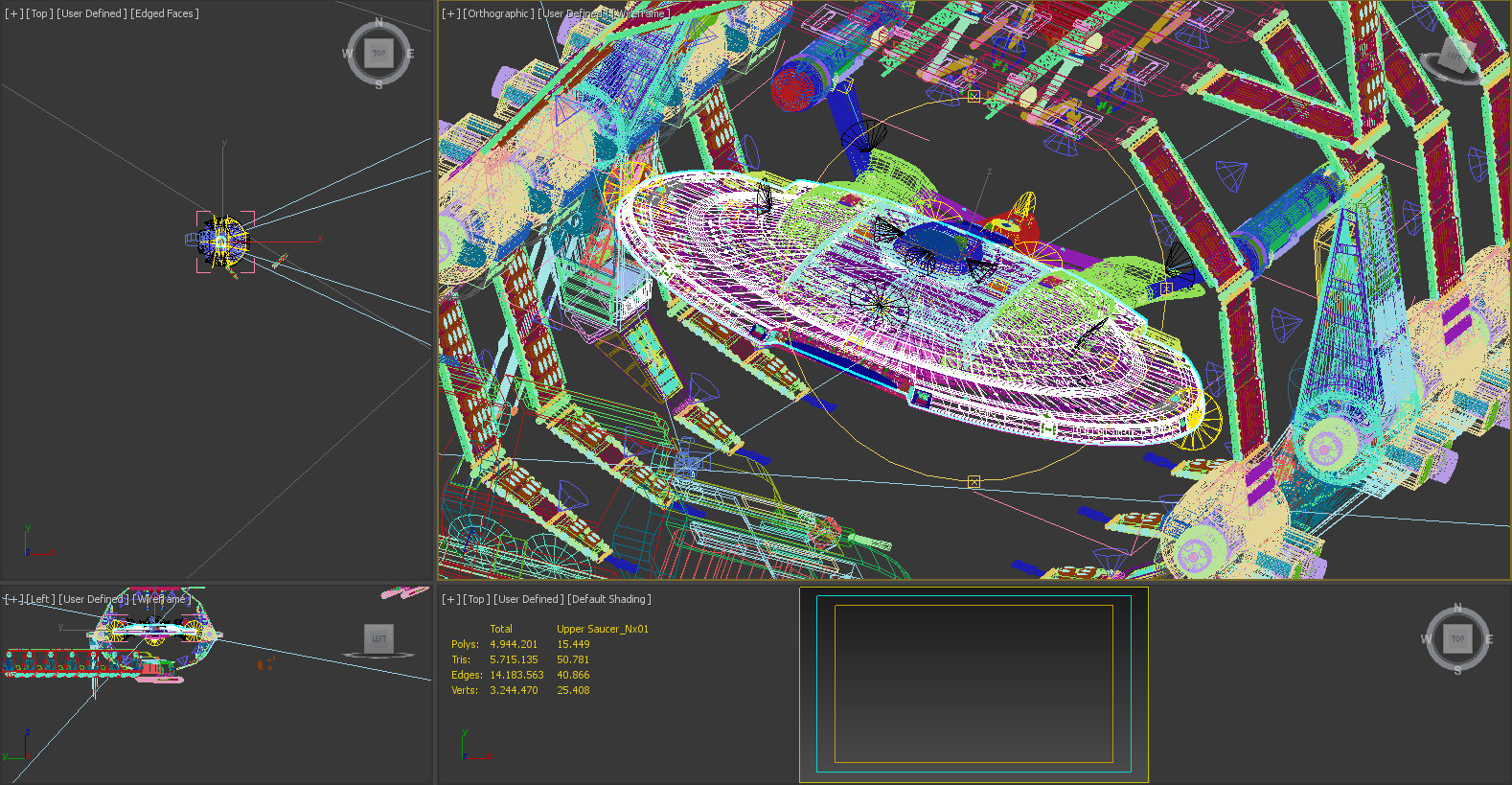 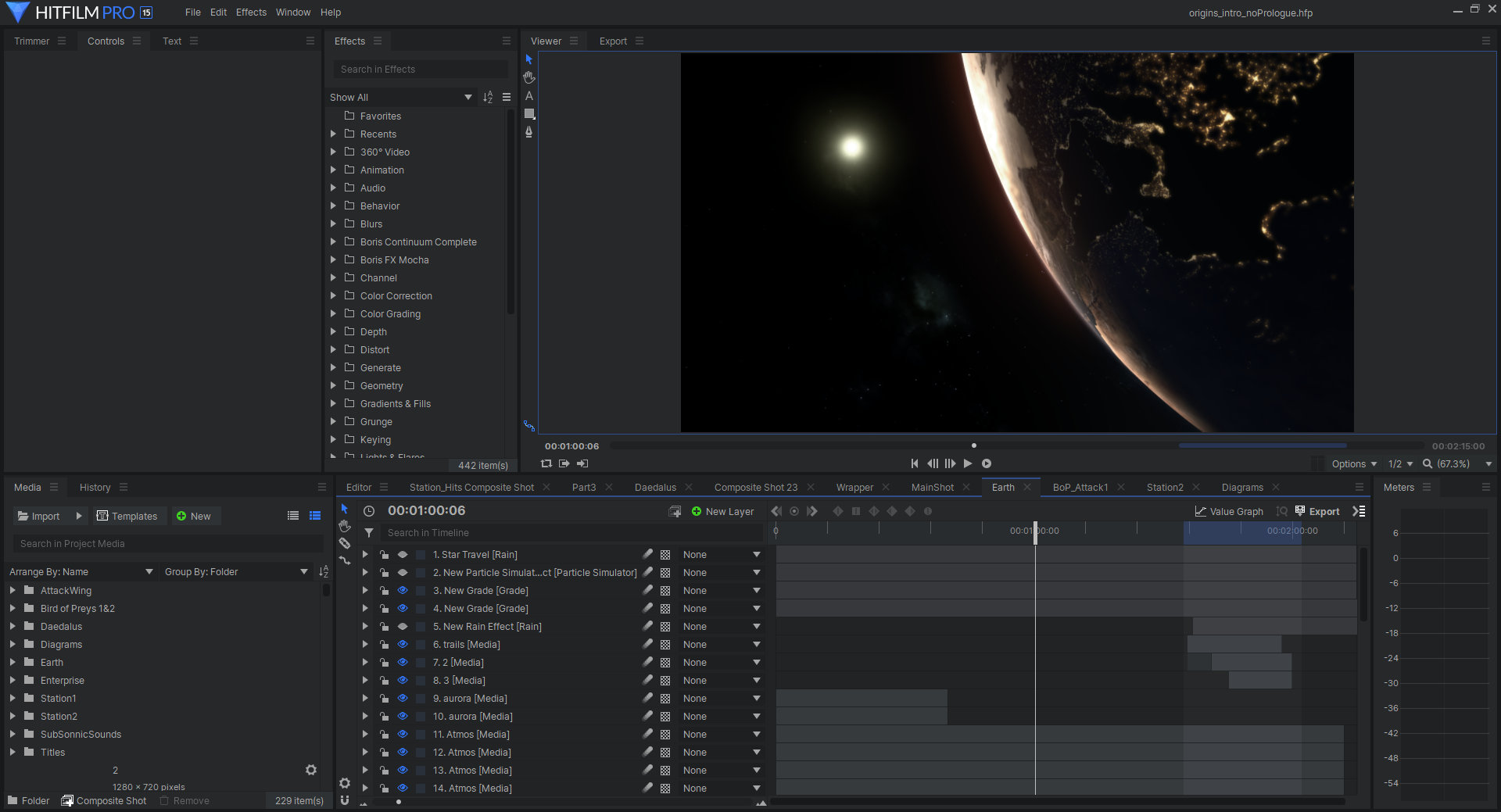 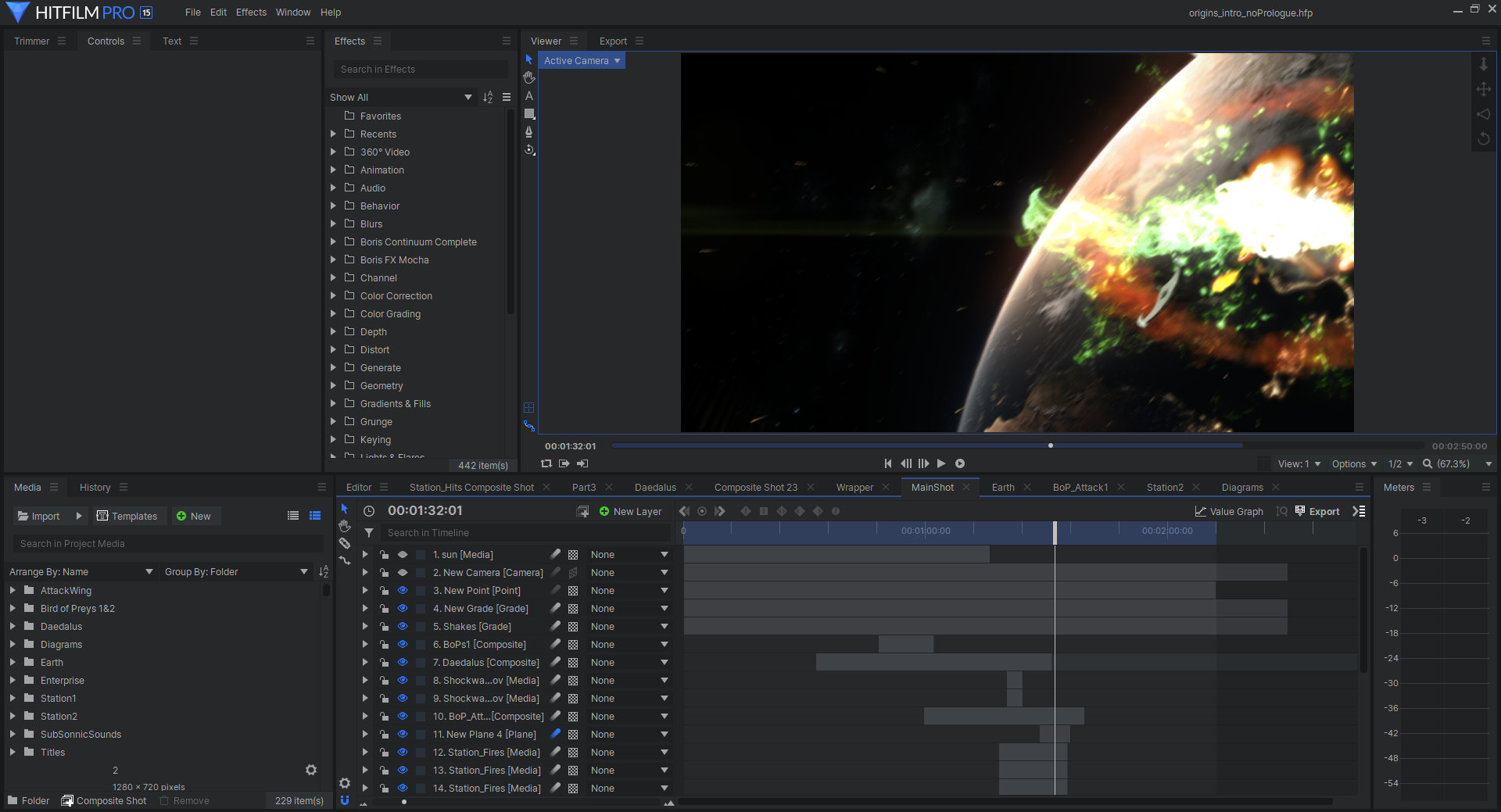 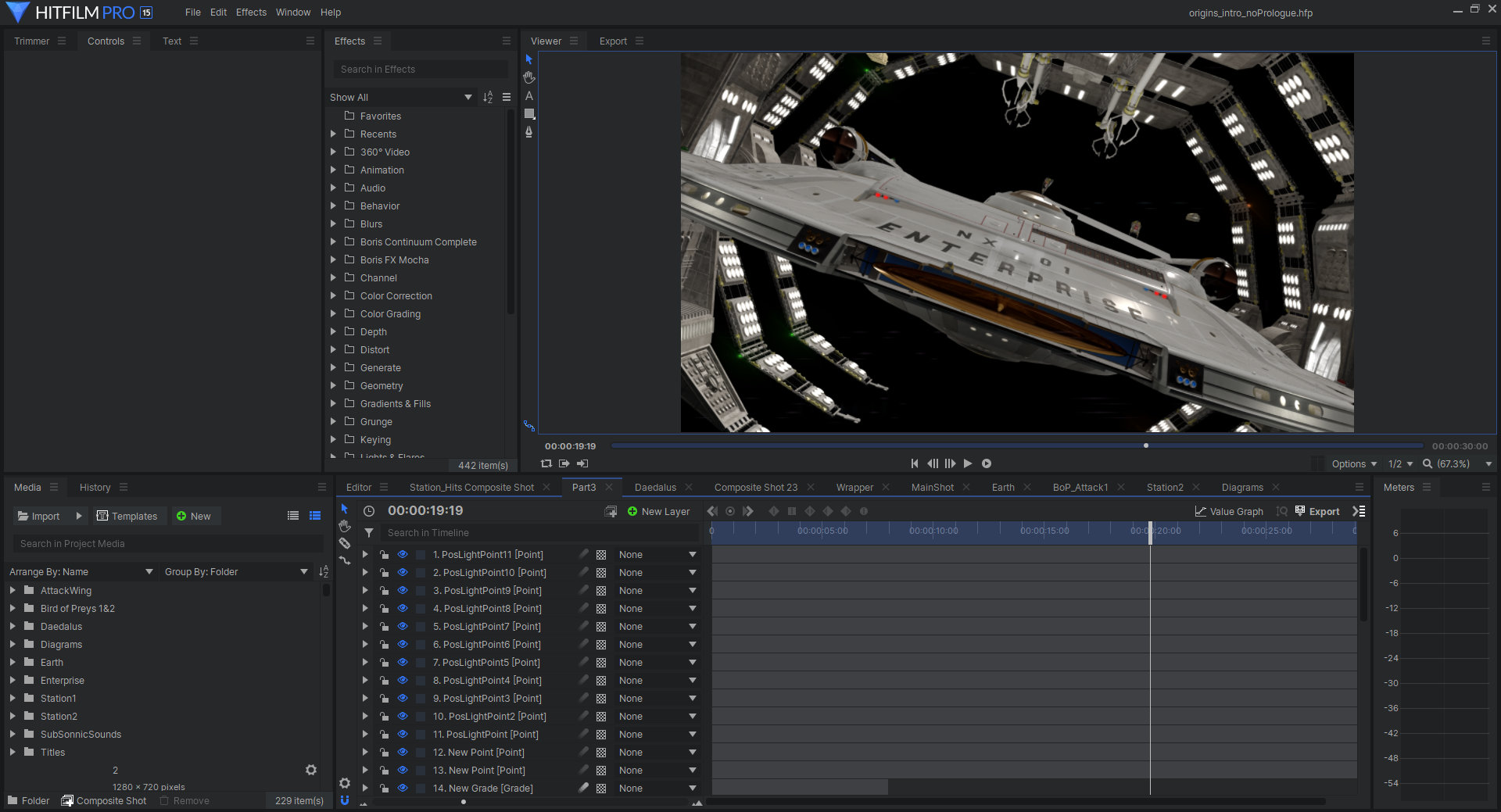 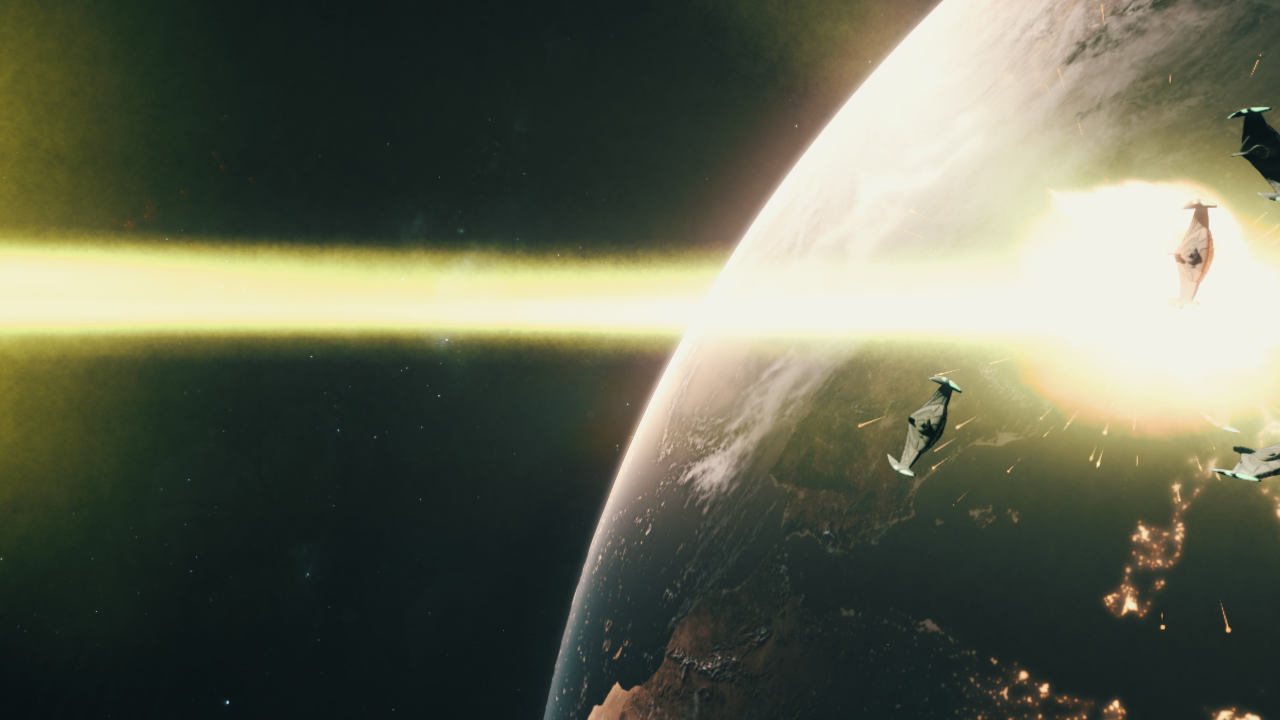 About the setting:
The Earth-Romulan War is raging, and Starfleet is not doing well. My idea was to visualize an attack on earth or a station in orbit. The opponent is technically and numerically superior and this and the advancing time, I wanted to capture in pictures.

This created an even camera flight. The camera rotates continuously and flies further and further towards a point in the scene. During this flight, a Starfleet ship and a distant station reveal itself. Suddenly Romulan Bird of Prey appear and attack the ship. It doesn’t stand a chance. But that’s not all, more enemies emerge and set course for the station. This tries to defend itself, but here too the shields fail and the facility is wiped out.

While the camera flight continues uninterrupted, there is now a jump in time. A time-lapse effect sets in and shows that a new station will be built in the following time. Construction plans and blueprints are visible in the background … New discoveries are made and technical achievements are made.

When the flight through time ends, the camera flies towards its actual destination. A spacedock where a ship is arriving to be repaired and upgraded. It is marked by war and it won’t stay in the dock long before it embarks on a new mission to postpone the end of the war for a few more days. It’s a ship with a well-known name. It’s the Enterprise.

I'm a UX / UI Designer from Berlin, who makes things meaningful and useful, who is passionate about design and animation in 2D and 3D (who even wrote two books about 3ds max), who is currently writing a novel, who blogs too seldom (?!), who LOVES Star Trek but also likes Star Wars, who goes to the cinema, listens to film music, sometimes reads more or fewer books, someone who thinks the "Appalachian Trail" is cool, but usually only goes on day trips, who is in love with his children and his family, who cares about the climate and our environment, who tries to face the seriousness of life with humor and is otherwise completely normal.

#logo Update for my #portfolio and freelancer alia

#Sky is the Limit :-p #fahrradfahren an der #Schle

#mirror #Mountain #Peak at #lake in #Dolomites #so